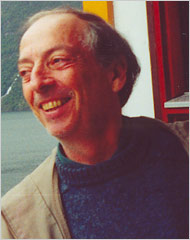 Gabor S. Boritt (born 1940) was the Robert Fluhrer Professor of Civil War Studies and Director of the Civil War Institute at Gettysburg College. Born and raised in Hungary, he participated as a teenager in the 1956 revolution against the Soviet Union. He escaped to America, where he received his higher education and became a scholar ofAbraham Lincoln and the Civil War. He is the author, co-author, or editor of sixteen books about Lincoln or the War. Boritt received the National Humanities Medal in 2008 from President George W. Bush. At a November 17, 2008, White House ceremony, Boritt was honored “for a distinguished career of scholarship on Abraham Lincoln and the Civil War era. His life’s work and his life’s story stand as testaments to our Nation’s precious legacy of liberty.” His life story is the subject of a feature-length documentary film titled Budapest to Gettysburg. Boritt and his wife live on a farm near the Gettysburg Battlefield, where they have raised their three sons. He retired from both positions in 2009.

Boritt was born in Budapest, Hungary, at the start of World War II. The Nazis forced his family to live in a single room in a hospital on the ghetto’s edge. Here he played upon bloodstained floors. As his father helped lead resistance against the Nazis, his grandfather’s family was deported from the countryside and murdered in Auschwitz. By the end of the war, Budapest was in ruins and Hungary in Stalin’s grip. In the years that followed, Boritt’s mother died, his father and brother were imprisoned, and he was sent to an orphanage. In 1956, sixteen-year-old Boritt joined the Hungarian Revolution. He remembers the initial euphoria, saying “We thought it was a whole new world. Anything was possible.” Days later, 3,000 Soviet tanks crushed those possibilities. Boritt and his sister Judith headed for the Austrian border. In darkness, they hiked through wooded hills. They came to a no-man’s-land guarded by watchtowers with machine guns. Freedom lay on the other side. Together, they started running.

After months at an Austrian refugee camp, Boritt came to America with just one dollar in his pocket. He arrived in the “dirtiest city” he had ever seen: New York. Told that America is “out west,” Boritt headed to South Dakota.[citation needed] He wanted to learn English, and picked up a free booklet of Abraham Lincoln’s writings. Captivated by Lincoln’s mastery of the language and his rise from poverty to the presidency, Boritt began studying American history and earned his bachelor of arts degree from Yankton College in 1962 and a Masters degree from the University of South Dakota the following year. Boritt earned a Ph.D. from Boston University in 1968. As an immigrant, he felt obliged to go to Vietnam, where he taught soldiers about the American Civil War. In 1978, he published his first book, Lincoln and the Economics of the American Dream. A 1995 survey of leading experts by Civil War Times lists it as one of the ten most important books ever written about the 16th President. It placed what Boritt called “the right to rise” at the center of Lincoln’s outlook.

After teaching at the University of Michigan, in 1981, Boritt came to Gettysburg College. He founded the Civil War Institute and the school created for him the nation’s first fully funded chair for the study of the Civil War.[2] He helped create the ,000 Lincoln Prize, widely considered the most coveted award for the study of American history.[3]He also helped create the Gilder Lehrman Institute, which is focused on improving the teaching of history in schools.

Today, Gabor Boritt serves on the boards of the Gettysburg National Battlefield Museum Foundation and the Abraham Lincoln Bicentennial Commission, appointed by Congress. His latest book The Gettysburg Gospel: The Lincoln Speech Nobody Knows was featured on the cover of U.S. News and World Report and called “fascinating” by the New York Times[1]. [citation needed] In September 2008 Gabor Boritt gave a tour of the Gettysburg battlefield to President George W. Bush, Laura Bush and a group including White House Advisor Karl Rove, Former Attorney General Alberto Gonzalez, and Secretary of Education Margaret Spellings. York Daily Record [2]

Together with his wife Liz, he has raised three sons. Beowulf Boritt is a set-designer in New York City, Jake Boritt is filmmaker who lives in Harlem, New York City and Daniel Boritt is a biologist at the Washington National Zoo. The Boritts live in an 18th-century farmhouse on the edge of the battlefield which they restored with their own hands. It served as both a stop on the Underground Railroad and as a Confederate hospital.